Indianapolis authorities are reporting an increase in overdoses of a street drug known as KD, which is laced with bug spray. The drug produces zombie-like effects, according to U.S. News & World Report. People are creating the drug by spraying heavy-duty bug sprays such as Raid, which have high concentrations of pesticides called pyrethroids, on substances such as marijuana and tobacco. KD is highly addictive, and even a small dose can be dangerous, the authorities warn. The drug can cause the inability to walk, breathe or speak. People using the drug appear to be in a catatonic state, the article notes. Dr. Daniel Rusyniak of the Indiana Poison Center told WRTV-TV a big concern about KD is the easy accessibility of bug spray. “They no longer have to drive to a shady street corner,” he said. “They can get on the internet and they can order this and it can be...

Meth Makes a Comeback Around the Country 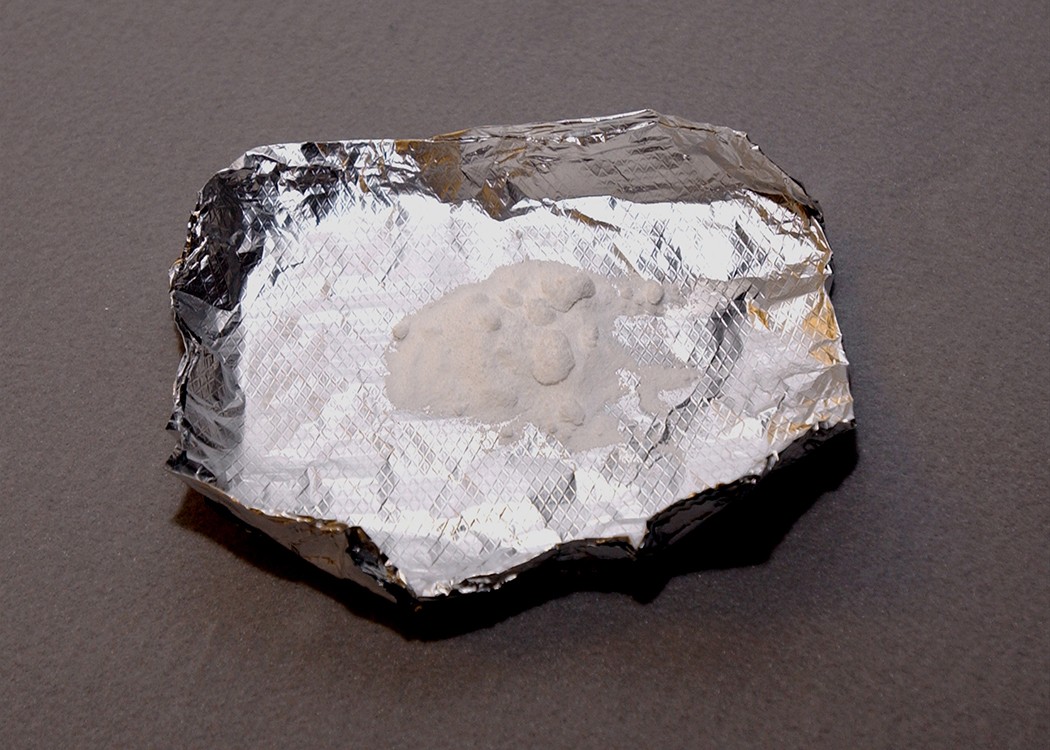 Meth is making a comeback around the country, say experts who note the drug is more pure, cheap and deadly than ever. Although the number of domestic meth labs has greatly decreased, agents at the U.S. border are seizing 10 to 20 times the amounts of meth they did a decade ago, The New York Times reports. In the early 2000s, domestic labs made meth from the decongestant pseudoephedrine. In 2005, Congress passed the Combat Methamphetamine Act, which made it more difficult to purchase pseudoephedrine. In response, Mexican drug cartels stepped up production. There is now so much pure, low-cost meth that dealers are offering the drug on credit, the article notes. Little is being done to combat the increase in meth because it has been overshadowed by the opioid crisis, according to public health experts. There is no drug to reverse meth overdoses, or drug treatments to reduce meth cravings. 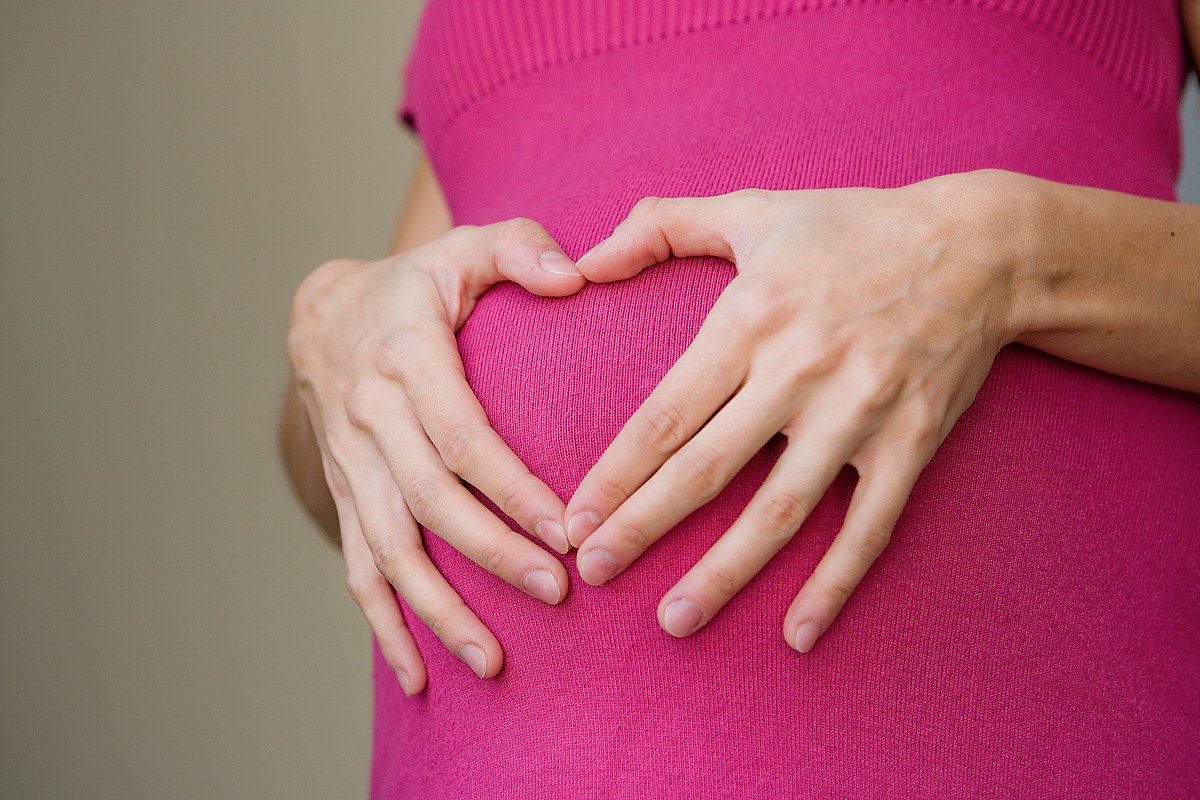 Pregnancy can be a wonderful thing. There is nothing more satisfying than raising your own baby and watch him or her becomes a responsible citizen. But before a baby is even born, there are challenges that might affect it. One of these is drug and alcohol abuse by the expecting mother. It can have negative effects during birth and lead to other bigger problems in life. That is the reason the Alcohol & Drug-Related Birth Defects Awareness Week was set. Drug and Alcohol AbuseWe all know that abusing drugs and alcohol can have negative effects on our wellbeing. People have committed suicide, ended up in accidents and committed a whole lot of crimes all because of drugs and alcohol. In addition to this, the cost of using drugs is so very high that it might leave one impoverished. When it comes to pregnant mothers, however, the danger is not just for... 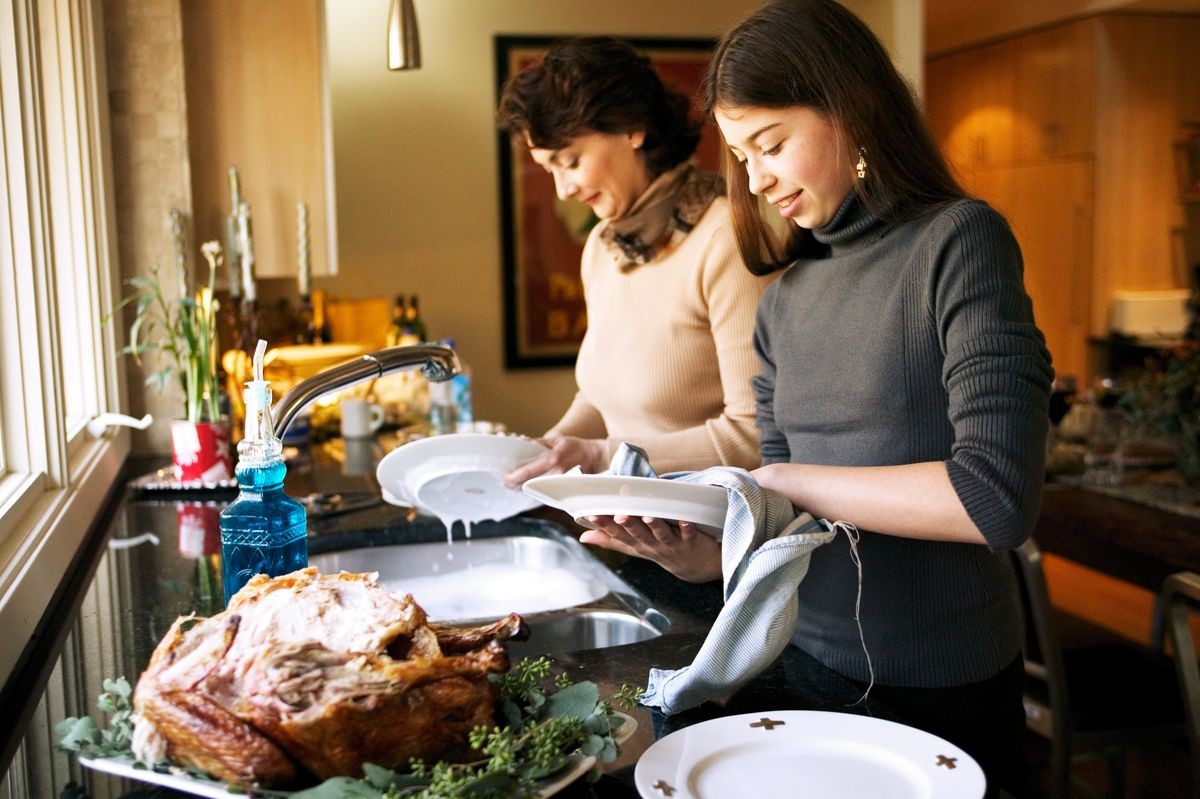 A Study funded by the National Institutes of Health found that family therapy leads to faster recovery Mothers in therapy for drug and alcohol use recover faster if their children take part in their treatment sessions, according to a first-of-its-kind study. An article in Medical News Today noted that researchers found that women who were in family therapy - which included their 8- to 16-year-old children - showed a quicker decline in alcohol, marijuana and cocaine use over 18 months compared to mothers who were in individual therapy. This is the first study to examine the effectiveness of family therapy for mothers who are substance users, said Natasha Slesnick, lead author of the study and professor of human sciences at The Ohio State University. "Interpersonal stress, especially within the family, has been shown to be an important factor in drug and alcohol abuse," Slesnick said. "So it makes sense that having... 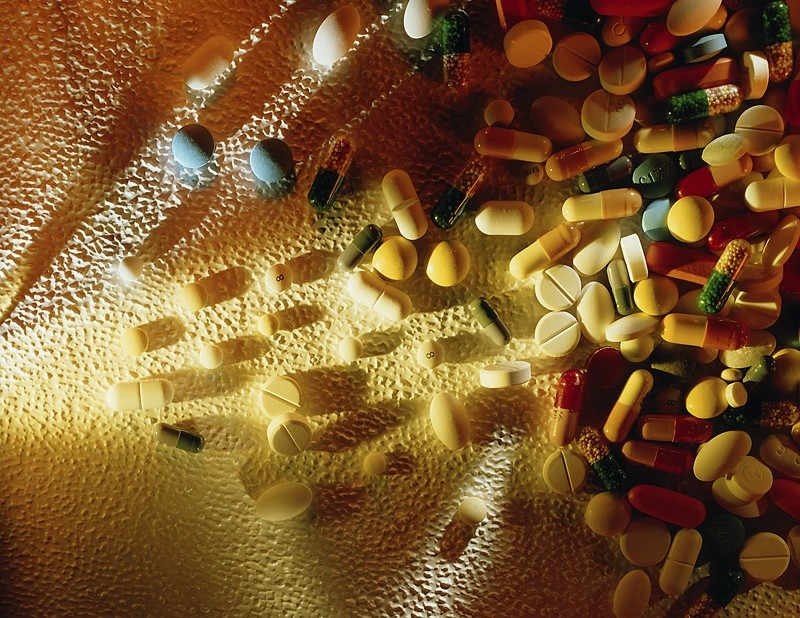 Global consumption of the opioid Tramadol, a drug that in some parts of the world is unregulated, increased 186 percent between 2000 and 2012, reports the International Narcotics Control Board. In the United States, the synthetic opioid analgesic received government approval in 2010. By 2014, the Drug Enforcement Administration had placed it on the controlled substances list with a Schedule IV classification. Tramadol was developed by German scientists in the early ’60s and goes by the trade name Ultram. The drug, which many believed held non-addictive properties, is prescribed for moderate to severe pain in adults. The DEA’s Schedule IV classification suggests a “low potential for abuse” but that is simply not true, and people are getting addicted in large numbers. Unlike other opiates, the low potential for abuse is only when the drug is injected. Tramadol is an oral medication though, and The Wall Street Journal writes that recent research...

Synthetic Opioid Known as “Pink” Is Legal in Most States 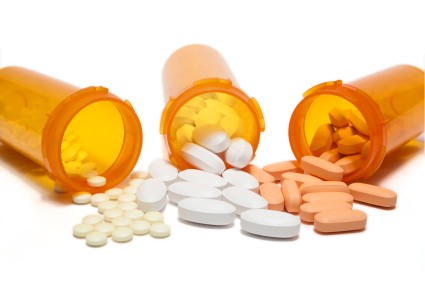 A synthetic opioid known as “pink” is legal in most states, even though it is almost eight times stronger than morphine, CNN reports. The drug, also known as U-47700, is responsible for dozens of deaths nationwide, the article notes. Adam Kline, Police Chief of White Lake, Michigan, told CNN the drug can be legally purchased on the “dark web” in the form of a powder, pill or nasal spray. Last month, the Drug Enforcement Administration told NBC News it is aware of confirmed deaths associated with the drug in New Hampshire, North Carolina, Ohio, Texas and Wisconsin. The drug, along with other synthetic opioids, is being shipped into the United States from China and other countries. 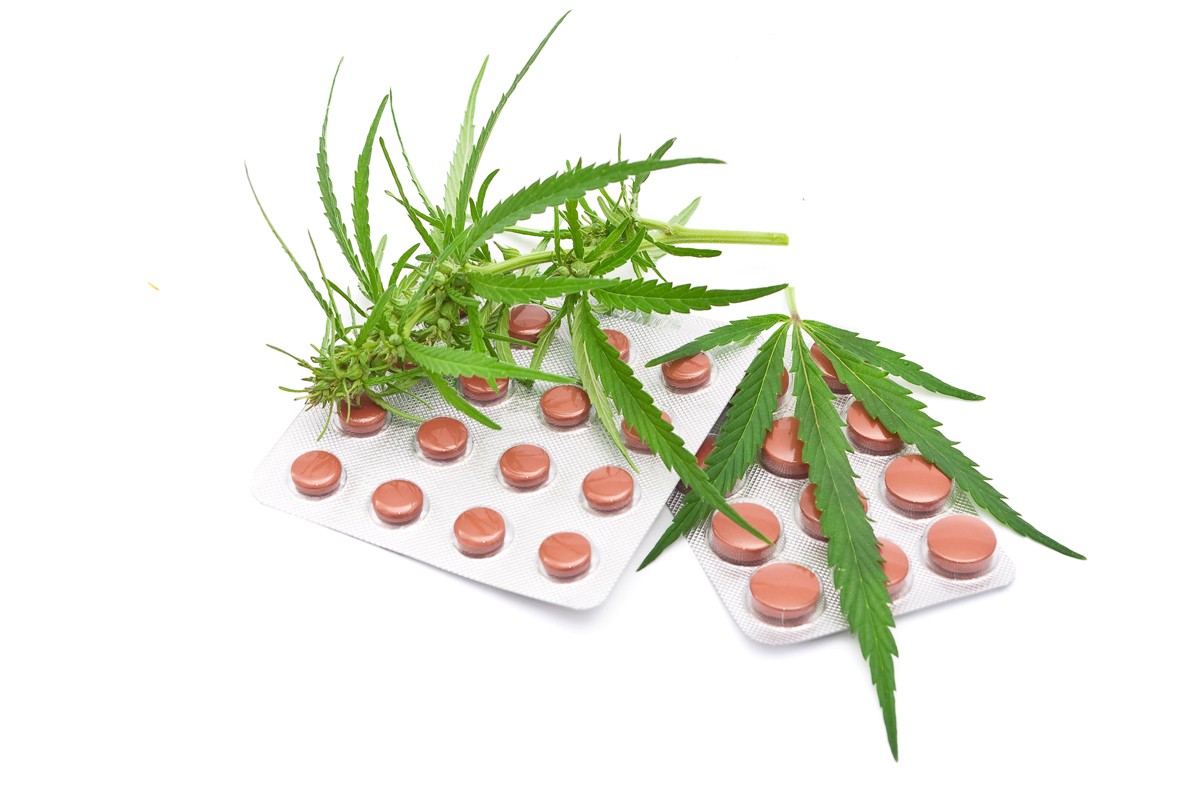 Five states will vote next month whether to legalize recreational marijuana. If the states vote to legalize the drug, the federal government’s ban on marijuana will face a stronger challenge, The New York Times reports. California, Massachusetts, Maine, Arizona and Nevada will be voting on legalization initiatives. Recreational marijuana is already legal in Alaska, Colorado, Oregon and Washington. In August, the Drug Enforcement Administration (DEA) announced that it would not reclassify marijuana as a drug with accepted medical uses. Marijuana is a Schedule I drug with “no currently accepted medical use and a high potential for abuse.” A recent report estimated that if California legalizes recreational marijuana, the nation’s current $6 billion legal marijuana industry would triple in size.

Some Doctors Find Complications in Adding Probuphine to Their Practice 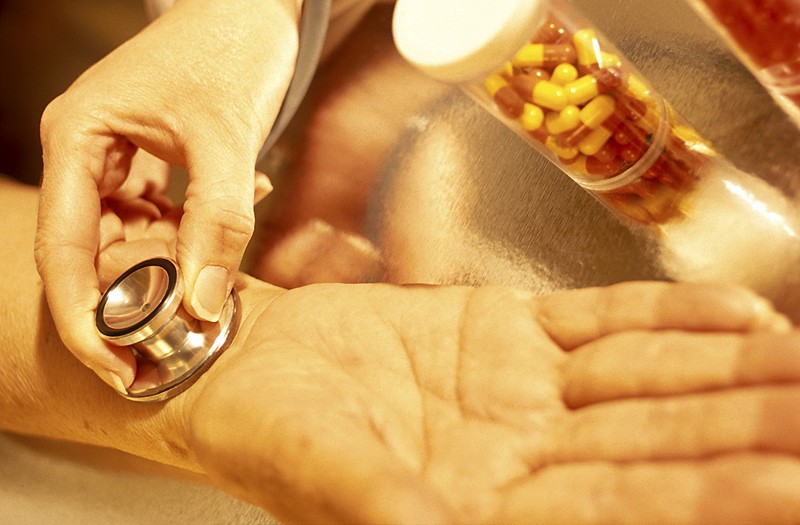 Doctors say they are finding it challenging to add the newly approved addiction treatment medicine Probuphine to their practice, WBEZ reports. They say they have to learn how to implant the drug in the upper arm of patients. They must also deal with new requirements. Despite the obstacles, some doctors say they welcome the new treatment. In May the Food and Drug Administration (FDA) approved Probuphine, an implant that contains the opioid addiction treatment buprenorphine. The drug has been available inoral form for 14 years. Probuphine consists of four small stick-like implants that are inserted in the upper arm, during a doctor’s visit that typically lasts less than 15 minutes. The implant remains in the arm for six months, and is removed by the doctor. It is available only by prescription. The implants are designed to provide a constant, low-level dose of buprenorphine in patients who are already stable on low-to-moderate... 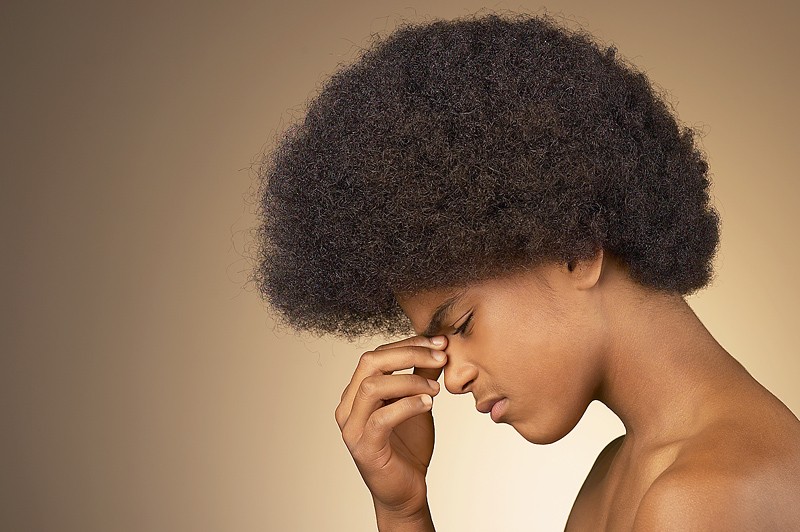 Many people who abuse drugs or alcohol are self-medicating chronic pain, a new study suggests. Researchers at Boston University studied 589 people who fit the criteria for drug abuse or illicit drug use, and found 87 percent reported chronic pain. Of the 576 patients who used illicit drugs (marijuana, cocaine and/or heroin), 51 percent reported using drugs to treat pain. The study found 81 percent of the 121 people who said they misused prescription opioid painkillers reported they did so to treat their pain. Of the 265 patients who reported any amount of heavy drinking in the past three months, 38 percent said they were self-medicating chronic pain. The researchers found 79 percent of patients determined to be high-risk drinkers were self-medicating, according to Medical Daily. The results appear in the Journal of General Internal Medicine. “While the association between chronic pain and drug addiction has been observed in prior studies,... 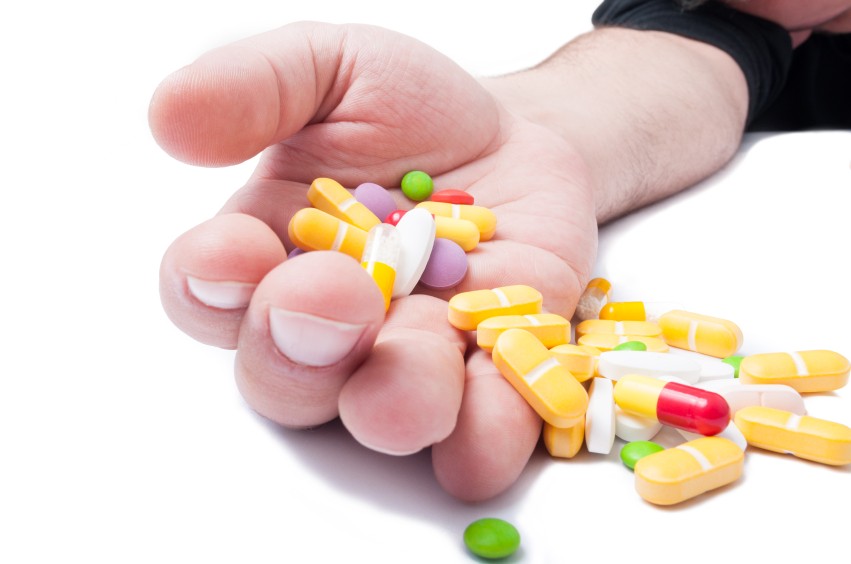 A new government report finds there was a slight decline in the life expectancy of white Americans in 2014. Drug overdoses, liver disease and suicide were the main factors in the decrease, according to the lead researcher from the National Center for Health Statistics. The report found life expectancy for whites decreased to 78.8 years in 2014, from 78.9 the previous year, according to The New York Times. Women’s life expectancy declined from 81.2 in 2013 to 81.1 in 2014. Men’s life expectancy stayed the same, at 76.5 years. The death rate increase was most pronounced among whites in their mid-20s to their mid-50s, the report found. “The increase in death in this segment of the population was great enough to affect life expectancy at birth for the whole group,” said lead researcher Elizabeth Arias, a statistician at the National Center for Health. “That is very unusual.” The overall life expectancy...