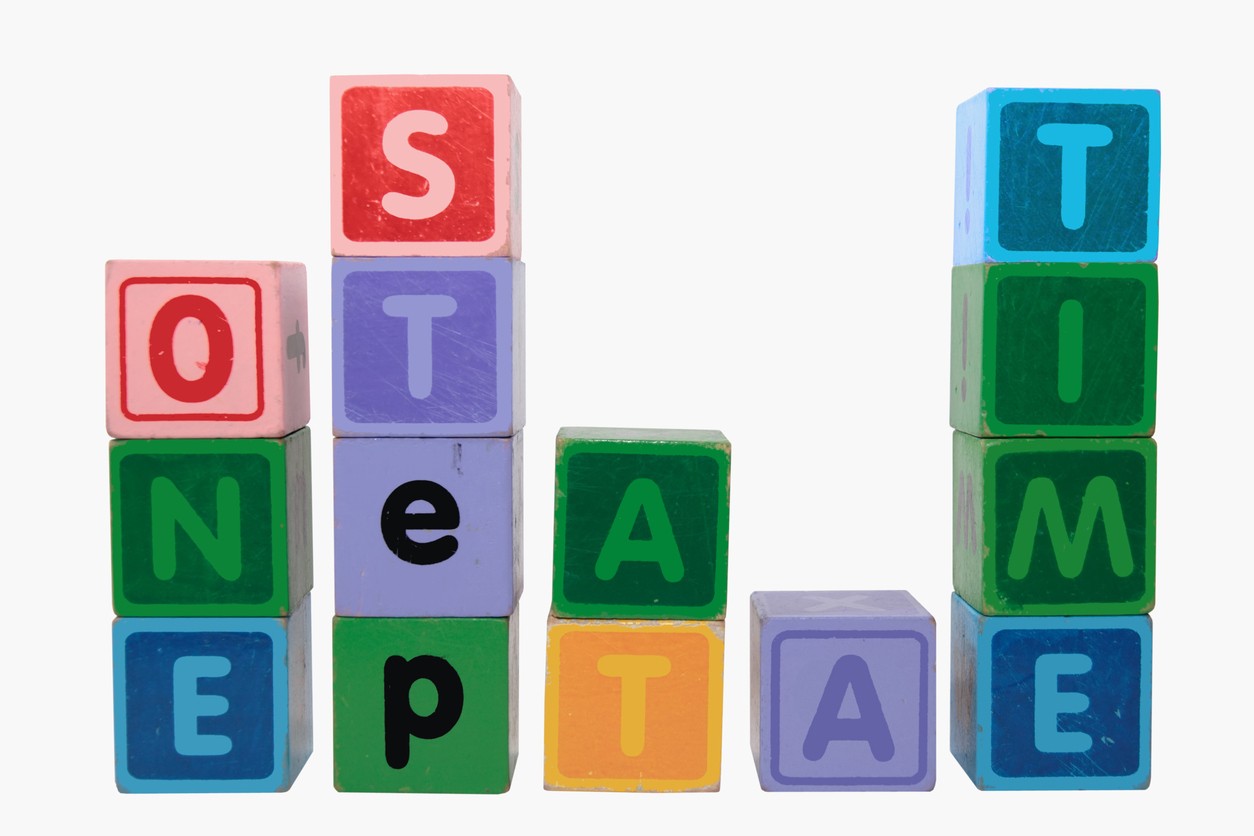 All physician recommendations to patients are, in a sense, prescriptions. Obvious prescriptions are written or electronic orders for treatments or procedures, including medications, diagnostic tests, and physical therapy.

Prior to executing these orders for particular patients, physicians typically weigh the relevance of the medication or procedure to the individual based on factors such as cost, availability, accessibility, and patients’ physical and mental abilities. Prescribers routinely order a medication only if there are no special precautions or contraindications for that patient, and they educate the patient regarding potential adverse effects.

Less obvious as prescriptions, but no less deserving of foresight and care, are the recommendations to patients receiving addiction treatment that they attend and gain support from mutual-help meetings, particularly 12-step programs.

Providers make these recommendations often, but unfortunately make them without reflecting on their relevance to individuals and without educating patients regarding potential adverse effects. These omissions occur in primary care, addiction medicine, psychiatry, and other disciplines—regardless of whether the providers are in recovery themselves or have explored recovery by attending open meetings, reading 12-step literature, and attending lectures or seminars.

Some providers, particularly those treating patients with methadone and buprenorphine (Suboxone® and others), actually require patients to attend 12-step meetings. They may even ask for a signed note from the meeting chairperson. Drug courts frequently do the same.

Participation in mutual-help meetings, most often the 12-step programs of Alcoholics Anonymous (AA) and Narcotics Anonymous (NA), can be invaluable for individuals recovering from addiction. Referrals to those meetings, however, are best approached as a collaborative process, with providers presenting patients with a range of options and highlighting potential difficulties.

Savvy clinicians are aware of the spiritual nature of 12-step programs and deliberately discuss this aspect of meetings with patients in advance. When patients have a religious preference, or strong feelings about their lack of a preference, this discussion can protect them from surprise and perhaps offense when they encounter 12-step traditions such as use of the Serenity Prayer and the Lord’s Prayer to open or close meetings.

Atheists, agnostics, and members of some fundamentalist religions are more likely to experience meetings positively when educated ahead of time that terms used in meetings, such as “God” and “Higher Power,” are open to their personal interpretation. The program shares words with religion but is not religious or dogmatic.

Most patients and clinicians easily work through issues around spirituality. There are even “agnostic” or “secular” 12-step meetings in many areas for persons offended by religious language and concepts. Issues around medications can be more difficult.

The position of NA as expressed in their Bulletin Number 29 has served as official world policy for decades. This bulletin specifies that those who are on methadone (and by extension buprenorphine) are considered to be “still using” their drug-of-choice. These individuals are permitted to attend meetings but they should not be allowed to speak, to join members on outside speaking commitments, or to accumulate “sobriety” time and mementoes (medallions, tokens etc.).

In addition, many members of NA groups will, sometimes vociferously, denigrate medication-assisted treatment (MAT) and encourage those prescribed it to “stop using” MAT in order to achieve true recovery. I have had patients who discontinued methadone and/or buprenorphine (and even naltrexone and Vivitrol®) as a result of pressures exerted by NA members in and outside of meetings.  Many of these discontinuations resulted in relapse, and in some cases overdose and death.

Similar stories are well known to those in AA, where “old-timers” sometimes told newcomers on antidepressants or other psychiatric medications that they were “chewing their booze” and “what they really needed” was abstinence. Such stories are now relatively rare when it comes to psychiatric drugs, but I have had patients who were on disulfiram (Antabuse®), acamprosate (Campral®), and naltrexone all tell me that members at an AA meeting, or even their sponsors, encouraged them to discontinue these medications because they were not truly “sober” on them. Note that this is not the position of Alcoholics Anonymous World Service, but it does represent the opinion of some members of A.A.

Years ago, when I was medical director of programs that incorporated medications into addiction treatment, the counseling staff and I devoted time in individual and group sessions not only to informing patients that this could happen, but also to preparing them to prevent or manage such challenges. One strategy is simply not to disclose that they are taking medication.

No one is obliged to disclose their medical and psychiatric issues and medications. Keeping that information private is not dishonest; it’s maintaining a boundary.

However, some individuals in recovery place a premium on fulfilling an “honesty program” and feel obliged to disclose their MAT status, particularly to their sponsor. In such cases, we encouraged them to find accepting sponsors (and even had lists of many of our graduates who were in long-term recovery and who would serve as temporary sponsors) and only share with that sponsor.  We also engaged patients in role playing to rehearse dealing with comments critical of MAT and individuals being treated with it.

Many of my patients chose not to disclose at all at 12-step meetings.  Some avoided NA and attended AA, where objections to medication are less frequent and less official. For example, those who identify as having both alcohol use disorder and opioid use disorder often have no problem attending AA. But some AA members resist accepting individuals who identify only with opioid use disorder or another non-alcohol addiction.

Some patients without an alcohol use disorder who went to AA instead of NA encountered “group conscience” decisions where members of the AA group recommended that the individual attend NA, since their issues were not alcohol-related. One possible rejoinder in that situation (or parallel situations in NA) is for the person being excluded to affirm that drinking is not compatible with their recovery and remind others that Tradition 3 of AA (and of NA) states, “The only requirement for AA (or NA) membership is a desire to stop drinking (or using).”

Of course, many individuals simply prefer NA. For example, some of our patients in the midst of legal, financial, and social issues related to illicit drug use did not want to share those experiences in AA meetings—or if they did share them they did not receive support and acceptance. Unfortunately, not all areas of the U.S. have accessible NA and many areas of the world have few or no NA meetings available.

Simply recommending mutual-help groups to patients is not enough. Clinicians are encouraged to explore whether patients have intrinsic issues that make group attendance problematic. Such issues include social anxiety, paranoia, prior bad experiences, and strong spiritual or religious beliefs, any of which might make 12-step programs less successful.

Clinicians should also be aware of non-12-step mutual-help programs in their area, particularly SMART Recovery, which uses rational emotive therapy (RET) and is an abstinence-based program. Patients who resist the spiritual or perceived religious aspects of 12-step programs may be attracted to LifeRing Secular Recovery and Secular Organization for Sobriety (SOS). Women for Sobriety may appeal to female patients with histories of abuse by male partners.

Patients should also be advised that, while 12-step programs and most other meetings discourage newcomers from engaging in intimate relationships in early recovery and discourage group members from taking advantage of newcomers’ vulnerability, not all members follow these guidelines. Patients, especially young women and men, have reported being “hit on” by group members. This is one situation where “Just Say No” is excellent advice from the clinician.

Clinicians can maximize the benefits of mutual-help group attendance and minimize adverse effects by routinely asking patients about their positive and negative experiences as their recovery unfolds. It is also extremely beneficial when caregivers have a list of knowledgeable 12-step volunteers willing to take newcomers to their first meetings.

The NCADD Addiction Medicine Update provides NCADD Affiliates and the public with authoritative information and commentary on specific medical and scientific topics pertaining to addiction and recovery.