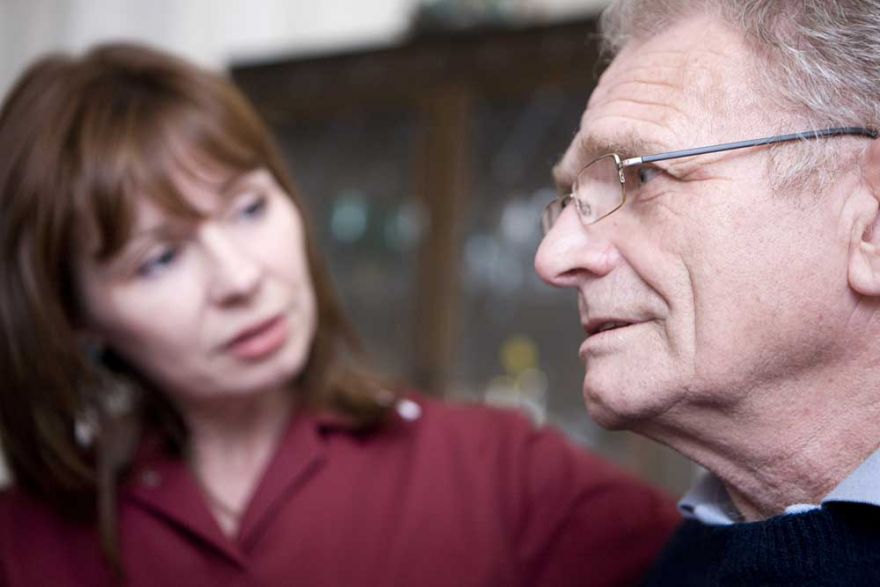 There are many reasons elderly people may turn to alcohol or drugs in later life. Children grow up and leave home. It becomes necessary to give up a job or move to a smaller home. Friends grow fewer and farther apart. Physical health fails. A partner of many years gets ill or dies. The very real difficulties of aging can easily pile up and impel seniors toward alcohol or drugs. Or a person may have had a problem for a long time that has continued to get worse over the years.

Growing older brings on many changes: in health, lifestyle, family obligations, work roles and sources of support. It can also bring physical pain, stress, loneliness and loss of mobility.

Not surprisingly, the signs of alcoholism and drug dependence are different in older adults than in younger people. Abuse among older people is often hidden, overlooked and misdiagnosed.

However, there are some signs that may indicate a drinking or drug problem, such as:

The fact is, although alcohol and drug abuse is harmful at any age, it is never more harmful than on the elderly. The impact of alcohol- and drug-related injuries is much more severe, the risk of harmful medication interactions is much greater, and the general physical effects of alcohol and drugs are more debilitating.

Alcohol and drug problems, particularly prescription drug abuse, among older adults is one of the fastest growing health problems facing the country.  Yet, our awareness, understanding and response to this health care problem is inadequate.

Although people 65 years of age and older comprise only 13% of the population, they account for almost 30% of all medications prescribed in the United States.

Why senior substance abuse is misdiagnosed

Because of insufficient knowledge, limited research data, and hurried office visits, health care providers often overlook alcohol and drug misuse and abuse among older adults. Diagnosis may be difficult because symptoms of alcoholism and drug dependency in older individuals sometimes mimic symptoms of other medical and behavioral disorders common among this population, such as diabetes, dementia, and depression. Additionally, many patients are not adequately screened due either to lack of training on the part of physicians or bias that alcoholism and addiction are not worth treating in this population.

Other factors responsible for the lack of attention to alcoholism and drug dependence among the elderly include stigma and shame about use and misuse of substances, along with a reluctance to seek professional help for what many in this age group consider a private matter. Many relatives of older individuals with alcoholism and drug dependence, particularly their adult children, are also ashamed of the problem and choose not to address it. Additionally, younger adults often unconsciously assign different quality-of-life standards to older adults. Such attitudes are reflected in remarks like, "Grandmother's cocktails are the only thing that makes her happy," or "What difference does it make; he won't be around much longer anyway."

Once a problem is identified there are a number of treatment options that can help older adults escape substance abuse. Treatment philosophies should focus on communicating with these patients in an empathic, respectful manner, with an emphasis on simple and clear communications that take into account cognitive changes associated with aging, both normal and abnormal.